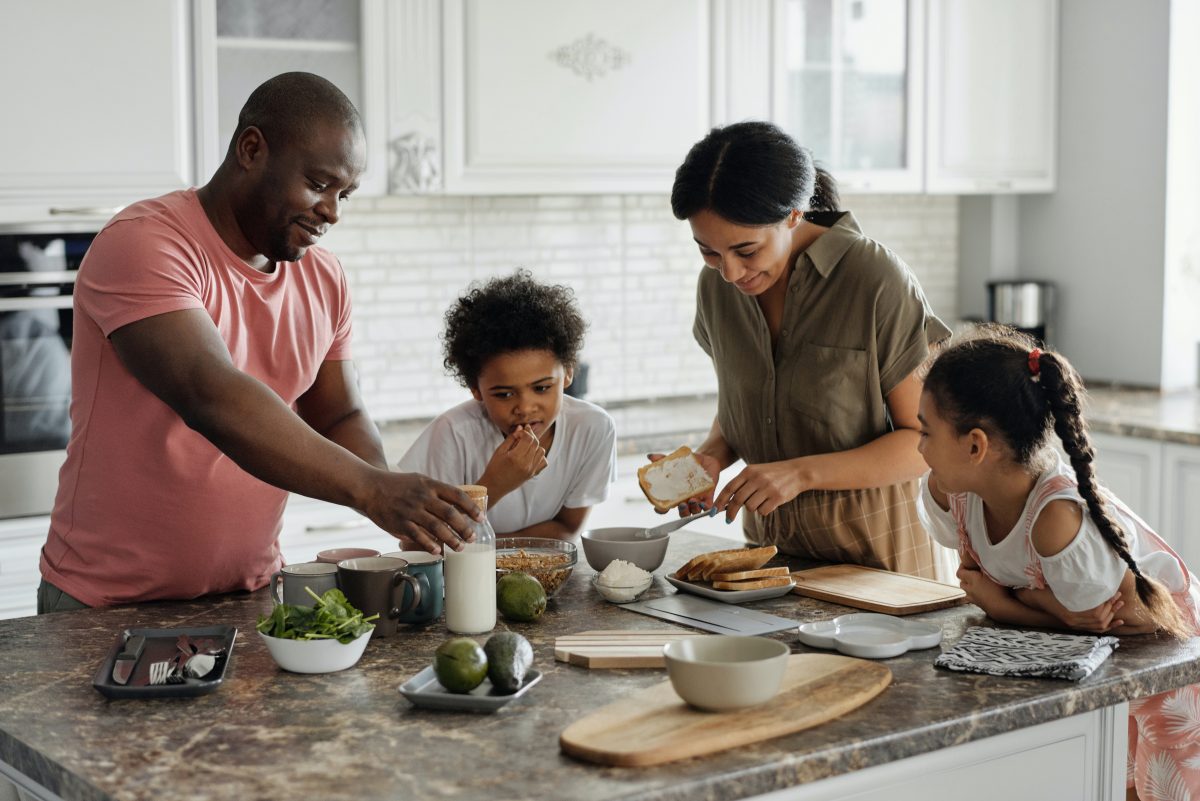 Emotion regulation (ER) is defined as the internal and external processes involved in initiating, maintaining and modulating the occurrence, intensity and expression of emotions (Thompson 1994,27). Difficulties in ER has been identified as a common symptom of different psychopathologies, low academic performance, deviant behavior and low self-esteem (Petrides, Frederickson and Furham 2004, 275). In Sri Lanka, previous research has found both a low level of ER skills (Jayasekara et al 2014, 16),a high frequency of self-reported emotional problems among university students (Kathrarachhi 2001, 198) as well as a high prevalence rate of reported emotional abuse during late adolescence: 31.3% male 25.4% female adolescents (Perera, Ostbye, Ariyananda& Lelwala 2009, 13). Lack of maternal attachment has been seen to be a risk factor for emotional abuse among the youth in Sri Lanka (Fernandopulle 2000,).

Parental ER ability has been found to play a major role in the ER ability of the child. One manner in which a child’s ER can be enhanced is found to be through the enhancement of a parent’s ability to self-regulate (Sanders, 2008; Sanders and Mazzucchelli, 2013). Parent child attachment is another mechanism that aid in overriding developmental psychopathology even with children who have a difficult temperament (Barros, Goes & Pereira 2015, 299).

The type of culture the person belongs to i.e. whether it is independent or interdependent also influences the motivation to regulate emotions. The need for ER is given more emphasis in interdependent cultures like Sri Lanka as opposed to independent cultures such as Europe. Despite this emphasis, there is also a high prevalence rate of poor life skills such as low self-awareness, an inability to cope with emotions and stress, and a lack of empathy among Sri Lankan youth (UNICEF 2004, 2).

For the Sri Lankan school going adolescent, family is a major factor in promoting psychosocial wellbeing. Sixty percent of the adolescents consider their family to be close to them and fifty percent consider their family to be a refuge for their problems (UNICEF 2004, 4). Therefore family based interventions are more likely to be effective interms of promoting psychosocial wellbeing of adolescents.

Most previous research conducted related to emotional dimensions in Sri Lanka have largely focused on the topic of emotional abuse (Perera, 2009; Fernandopulle, 2000).These researches have also emphasized the need to implement strategies directed at parents to prevent emotional abuse (Fernandopulle 2000). Moreover, most research investigating familial influence on ER has focused on childhood (Morris 2007, 385). Furthermore, the influence of paternal ER has not been explored extensively (Morris 2007, 386). Therefore this research focused on both parents’ influence on the ER of an adolescent sample

The main objective of the study was to explore the relationship between parental ER, parent-adolescent attachment and an adolescent’s ER.

The Difficulties in Emotion Regulation Scale (DERS) (Gratz, 2004) and the Inventory of Parent and Peer attachment-revised-Parent Subscale (IPPA-R) (Gullone, 2005) were used for the study. The content and consensual validity of both scales to the Sri Lankan context were ensured prior to administration. Correlational and regression analysis were the main analysis techniques.

The first hypothesis of this study was found to be true as there was a positive relationship  between parental ER and adolescent ER( Mother: pearson r(208)=.305,Father: pearson r(122)=.377). This finding was concordant with previous research findings (Eisenberg&Morris, 2002). However, contrary to previous research that found mother’ ER ability to have a higher impact on adolescents’ ER ability, the present study finds that, fathers’ ER abilities had a greater impact on the adolescents’ ER abilities(Father: β=0.32,p<0.01,Mother:β=0.823,p=.526). This finding was similar to the findings of Zeman and Garber (1996, 960).

The patriarchal nature of the Sri Lankan family could be one reason as to why the father‘s ER ability had such a significant impact on adolescent ER ability. Moreover, in the present sample, mothers were seen to exhibit significantly higher ER difficulties than fathers (M=89.19,SD=18.08, r(329)=2.755,p<0.01). This could partly be due to the fact that emotional displays are more accepted in a female than a male. Males are expected to suppress their emotions. Hence, potentially, father‘s playing a larger role as an emotion socialization agent might serve as a protective element promoting ER ability in Sri Lankan adolescents. This has been seen in previous research where if the father has a more stable attachment relationship with offspring, they are in turn more likely to transmit similar attachment patterns (Cowan and Cowan 2005, 282) towards their fathers. This also emphasizes the need to incorporate paternal ER training when implementing therapeutic interventions for adolescents with ER difficulties. In the current context, it is the mother who most often brings a child to mental health services. The need to incorporate the father in to this is highlighted through this research.

Findings from the current study indicated that there was a negative relationship between quality of parent child attachment and ER difficulties (Mother: spearman r(225)=-.220,Father: spearman r(219) =-.233).When considering attachment to mother and father separately, father‘s attachment(β=-.277,p<0.01) was seen to be more important in predicting ER ability in the adolescents than attachment towards mother(β=.059,p=.629).This was in contrast to previous research findings. Therefore interventions focusing on parent-adolescent attachment enhancement will benefit adolescents at risk of ER difficulties (Marvin, Cooper, Hoffman and Powell  2002, 122).

In conclusion external familial factors such as parental ER and quality of parent child attachment were found to be important influencing factors in the development of adolescent ER. These findings support the need to implement programs that target enhancement of parental ER and quality of parent-child attachment with a special focus on fathers as a method of improving adolescents’ ER ability. 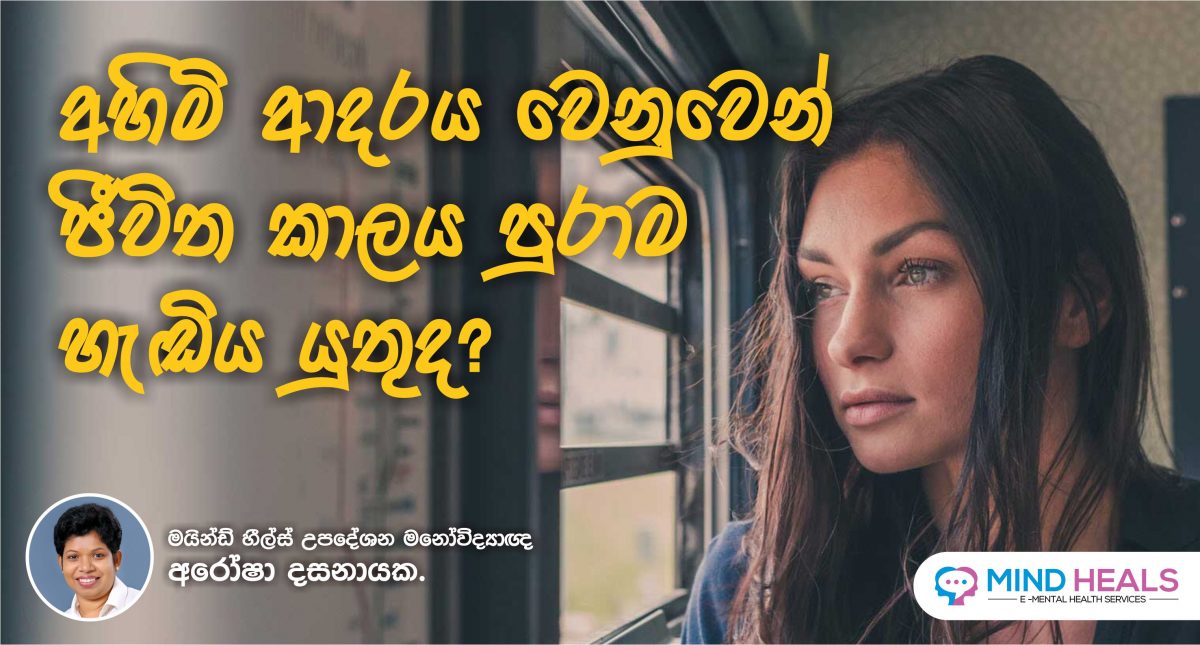 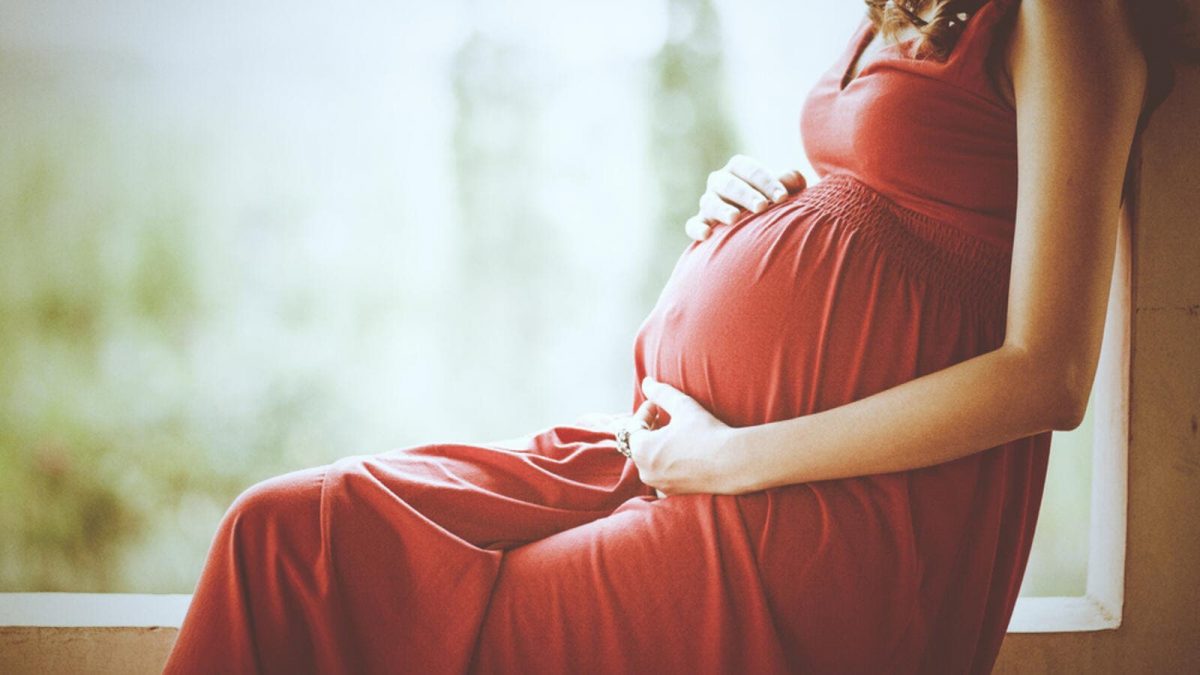 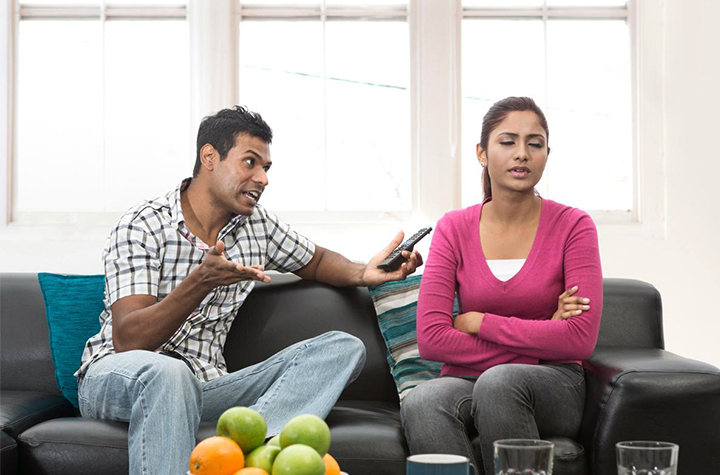 Hasn’t coronavirus taken enough from us? Let’s not let it take away our families, for that’s all that matters in the end. 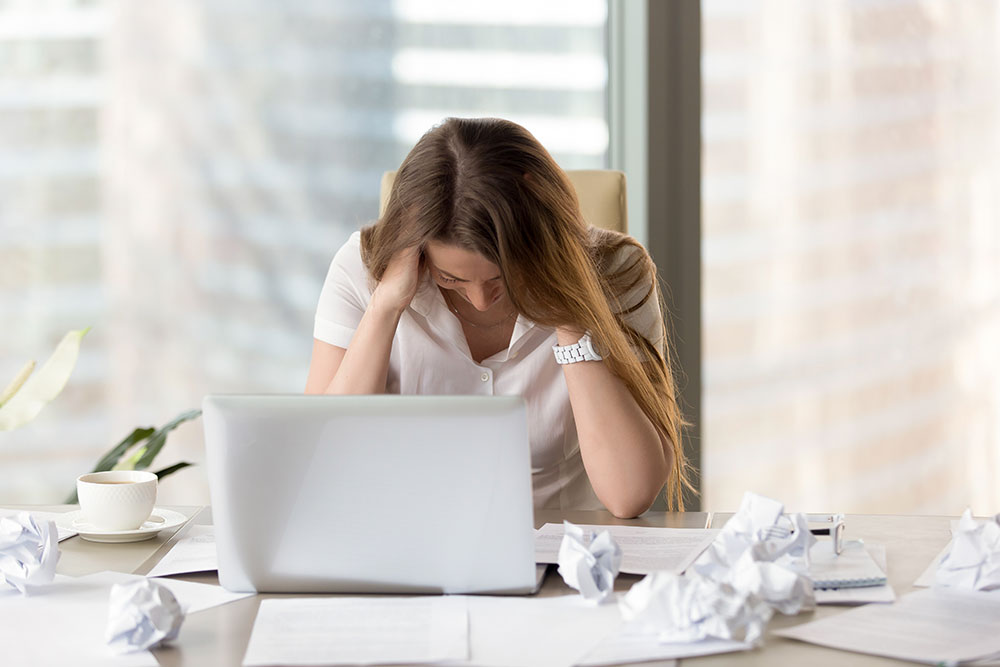 Stress has got a bad rep in recent times.  Health magazines call it a killer, experts claim that stress is the cause of all diseases in some form, and psychologists often recommend stress at work needs to be combatted with some form of meditation. Perhaps this is all true, however the concept of stress is a lot more complex.  Usually the stress we talk about is “chronic” stress, the kind of stress that causes anxiety and discomfort leading to a bad  mood that causes a sense of constant tension. 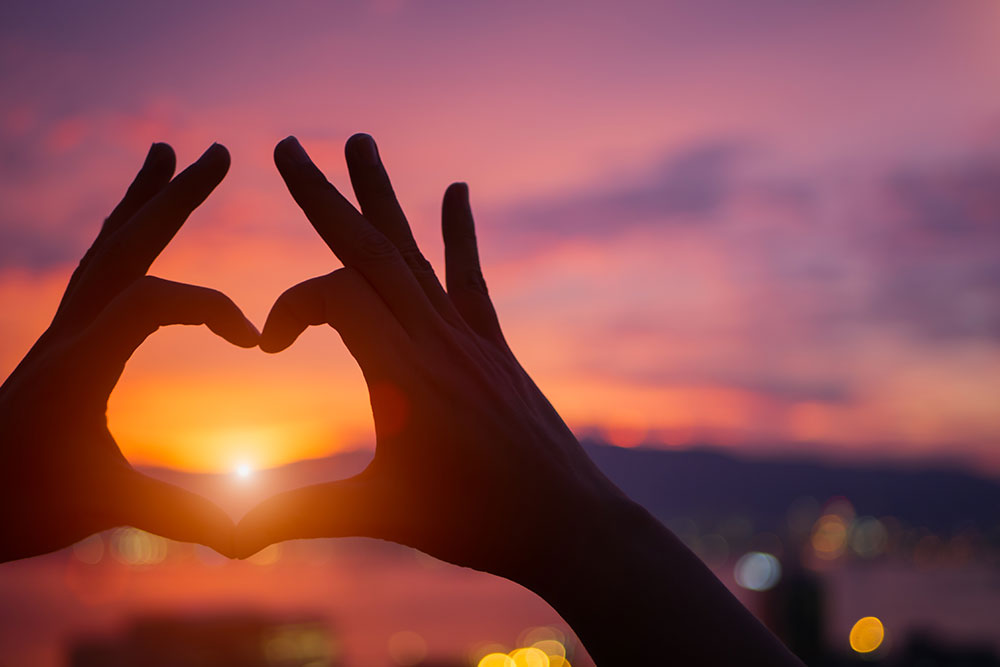 Oh Love, the subject of coveted desire, songs and books, romantic architecture and countless amounts of marketing gimmicks. We really cannot get enough of this thing we call love. But exactly what is love and is it over rated?  Have we overstepped it with love  and are our expectations over the top? And can we control its effect on us when needed? Here are a few things to keep in mind when it comes to this “Crazy little thing called Love”. 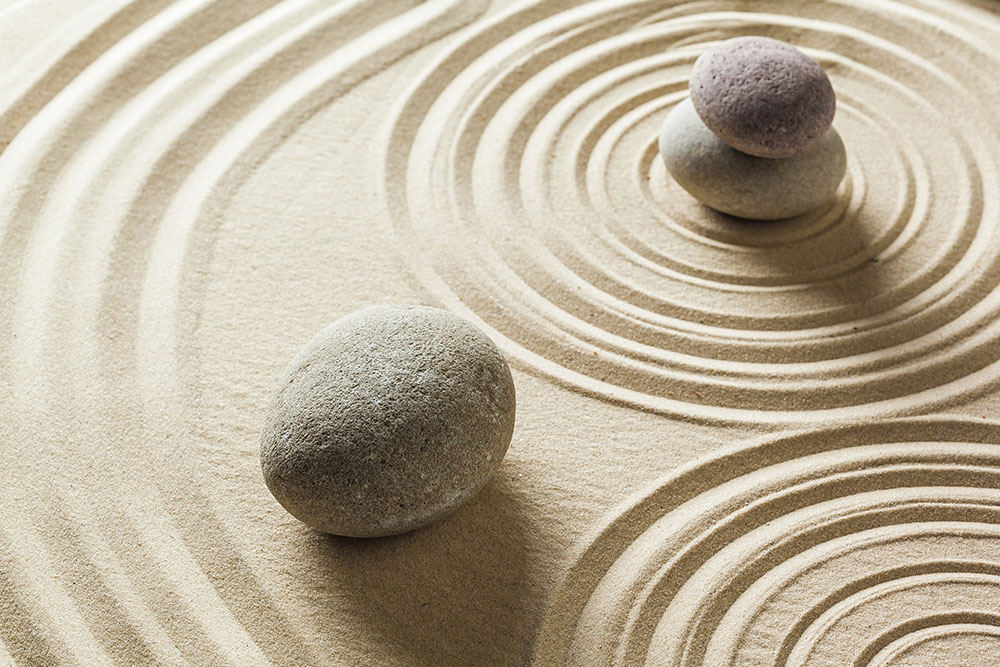 The Minimalism Lifestyle  is a trendy concept these days taking over the Western world by storm. This is likely a movement that sprung from the depths of materialistic addiction which has been largely the norm for the  greater part of human history. Minimalism is defined as the lifestyle where you live with less but focus on what matters to you the most in life, a sort of “decluttering” of the mind as well as your physical environment. Psychologically this has interesting implications for the individual. 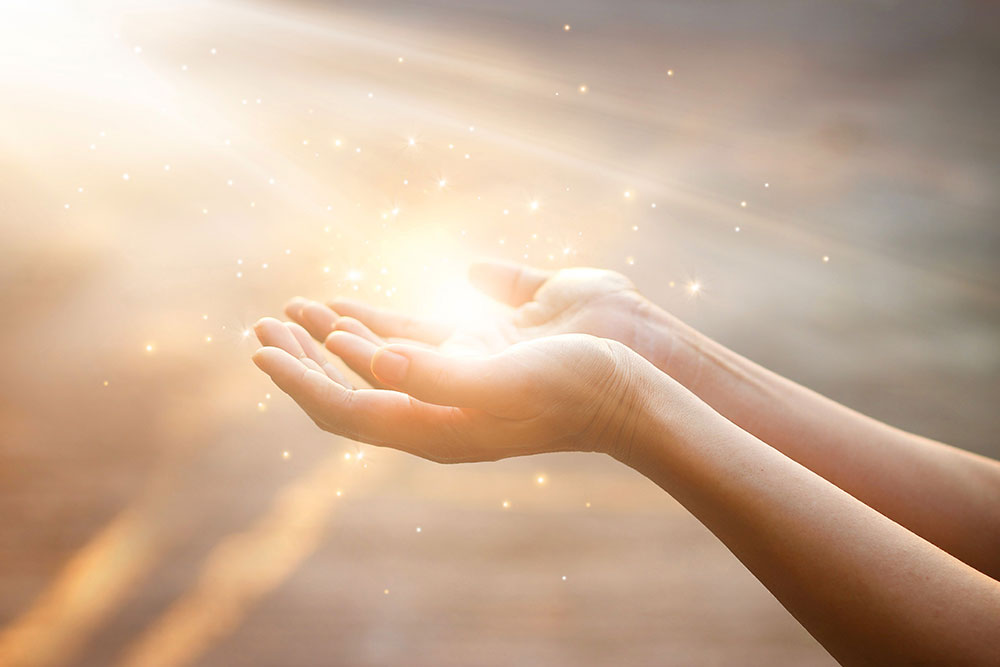 What is spirituality? , It is difficult to separate religion from spirituality, that is until you realize that spirituality unlike religiosity lacks the dogma and the blind faith inclination.  The best part of being spiritual is that it gives you  a sense that life although largely meaningless in the long run... 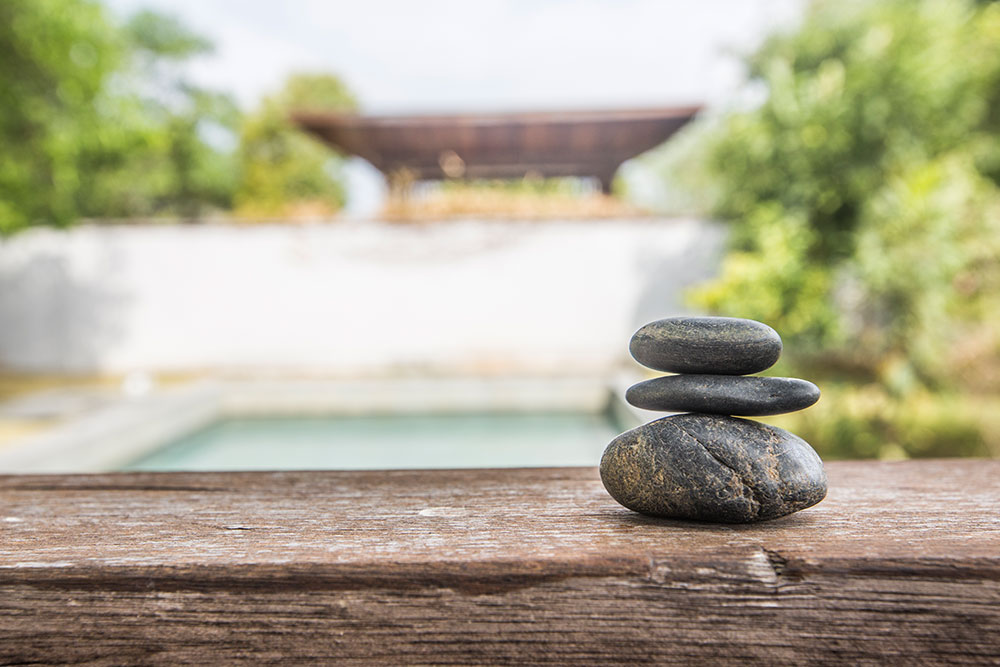 The drive for perfection in our society is stronger than ever before. With the rapidly forceful presence of social media overtaking normal advertising, people feel as though they need to project the “best” versions of themselves at all times,... 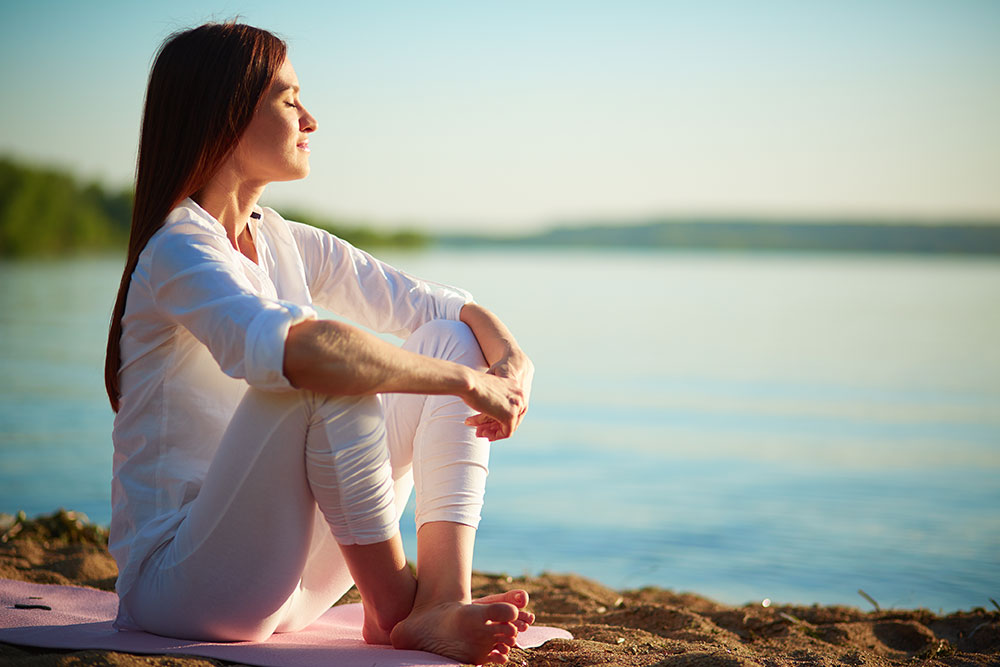 This has been a difficult year, not just for Sri Lanka, but globally. Politics are more chaotic than ever. forests are burning, economies are crumbling, and terrorism is ever present...